Dine-out for a cause - on Nov. 2 Southport Smokehouse will donate 10% of sales to us

We help young moms and dads raise HEALTHY BABIES, and improve their own lives as well

Number of teen girls that will get pregnant at least once before age 21. We help them to raise healthy babies and not have a 2nd pregnancy as a teem.

Reason why teen girls drop out of school. We help them to stay in school, and then go on to community college or a vocational education program.

Problem In Our Community

Watch these short videos to learn more about us

Learn about the impact Samara's Village has on Brunswick County, and how you can volunteer to help.

Learn more about Samara's Village and our impact from Debbie Keener, our Program Director.

We believe in the power of education to change lives. Therefore, pregnancy and parenting education is our main service; not just for the young mothers, but the fathers, also.

Through a generous community that provides in-kind donations, we are also able to provide for the young family’s immediate needs in times of financial stress. Our Resource Closet contains everything from diapers and wipes to formula and baby food to infant clothing to books and strollers and much more.

It Takes a Village

Four local women came together in 2016 to support pregnant and parenting teens with Samara's Village, and created the grassroots charitable nonprofit organization. They chose to serve pregnant and parenting adolescents because Brunswick County’s teen pregnancy rates are higher than the surrounding counties and most of the counties in North Carolina.

Research has shown that adolescent parents and their children are at a higher risk for becoming unhealthy physically, socially and emotionally.  Samara's Village founders noticed that available programs helped meet physical and educational needs only and so they wanted to create a service that worked in a holistic way.

They became a 501(c)(3) and chose the name Samara's Village because the name means 'under God's protection'. They operate under the notion that it takes a village to raise a child.

We started servicing 4 teen moms with 4 volunteers. We've touched over 60. Today we have over 22 participants and over 60 volunteers.  The  impact we are having on the lives of these young families is why we exist.

Just recently, we partnered with a non profit organization to help a participant get safe and reliable transportation and help another participant get mechanical assistance for their vehicle.

We also worked with a participant, partnering with The Anchor Initiative Program and STATS to set in place a 6-12 month residential treatment plan.

The difference we are making in many of their lives is significant.

And one of our first participants, who we’ve been working with for over three years is graduating from our program and as part of the closure, we’ve provided contact information for Head Start, Smart Start, Kaliedoscope and Community in Schools.

Our Board of Directors, Key Personnel and Financial Profile

Click here to learn more about our key contacts 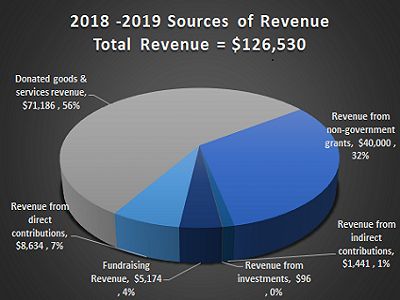 Our fiscal year ends June 20. If you have questions regarding our finances please contact the Corporate Secretary at  corp_secretary@samarasvillage.org

Our Most Recent Form 990 Information

NEED HELP WITH OTHER SERVICES?